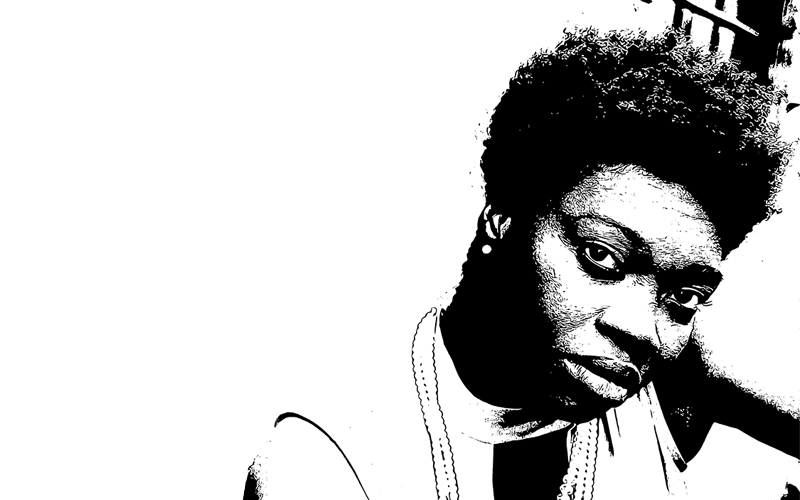 For years, African Americans were shamed and insulted for their African features, including their Afro-textured hair. With the rise of colorism, this shame has become internalized and passed down for generations.

The word Nappy was originally a term to describe the fuzzy layer of yarn or cloth. As innocent as this description may sound, it actually was to later become another insult directed toward African Americans with the same intentions the word “wool” was used by Caucasian Americans to not only describe a Black Americans hair texture but also to cause harm and also in order to dehumanize Black Americans.

Like the N-word, Nappy has been re-appropriated by African Americans as a means not to further cause offense (amongst many, that is) but to instill a sense of community. The word draws a comforting sense of assurance within oneself, drawing each other together in ways as simple as connecting women together in the ritual of caring for Afro-textured hair.

For example, Ms. Schooler Ukpabi uses the term within the title of her salon, Oh! My Nappy Hair, and in doing so, has provided some success in accumulating customers that can relate to the historically derogatory word as a part of a culture. “…

Over the years, Schooler-Ukpabi built up a devoted clientele of happily nappy clients. And sometimes, she says, new clients just walk in off the street, pulled in by the use of the formerly taboo word in her salon’s title,” says Karen Grigsby Gates from her conversation with Schooler-Ukpabi.

Here are some recent posts you may have missed:

Hair Pleasure Series: Is it Possible To Have A Love Affair With Your Hair?

Hair Pleasure Series: How To Keep Your Sanity While Transitioning

Nappy, with its negative connotations rooted in a deep and complex history of slavery and belittlement, was and is to this day used to discriminate against individuals with naturally Afro-textured hair and compare it to that of European hair.

Eurocentric qualities continue to be a world-wide desired standard of beauty from the inhabitants of India to the descendants of China. Whoever does not have any of these qualities are considered the worst of the bunch.

Within the Black culture, the term Nappy is also considered a common insult used between Black Americans.

In particular, a known insult used by a Black man towards Black women and vice versa.

Which is likely a result of the inherent self-hatred developed in times of slavery and taught today within families.

So how can such a word be re-appropriated and used to benefit those it was originally meant to harm when it is currently still being used for its intended purpose of degradation?

It is a contradiction, one that divides people of African descent. While some would consider it to be an in-group word to use, they do acknowledge the weight of the word whereas others may recklessly use the word out of ignorance.

A word that can both unite and divide. The power is held within the tongue of the beholder.