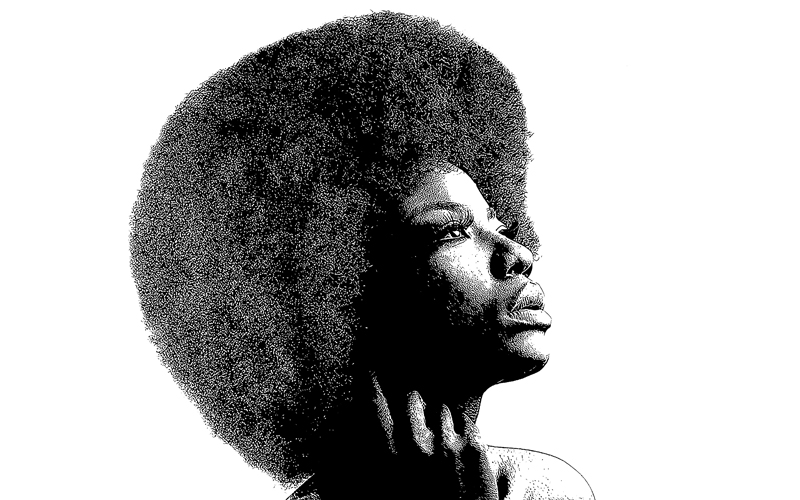 With the rise and thrive of the natural hair movement, we see new self-respect and pride in natural black hair within the black community. So many black men and women are now rocking their natural textures in the form of fros and many other natural styles such as locs and braids. But has this movement revealed the deceit behind the myths of black hair and uprooted their impact on the perspectives that the black community and non-blacks have of black hair? In our pursuit of the truth, we have come to find three of the most common myths behind black hair: Natural hair is dirty, unmanageable, and doesn’t grow. And how these myths influence society today.

Since the slavery of blacks in America, Afro-textured hair has been deemed as undesirable and problematic by the Caucasian community. The stereotype that natural hair is dirty is one of the oldest misconceptions of afro hair. According to qz.com, “Historically, the myth comes from images of the pejoratively named “fuzzy-wuzzy” that British soldiers who were fighting Sudanese insurgents in the Mahdist War sent home. This war, from 1881-1899, popularized the image of the wild Afros that people now imagine when they think of black hair.”

For centuries, Caucasians have been dehumanizing the appearance of African Americans, imprinting this hatred within the hearts and minds of our black ancestors. These forced insecurities have been generationally passed down, shaping the black perspective of Afro-textured hair which can be seen in the names we call certain textures and the myths we believe about our hair. These racially toxic perspectives are still existent within the minds of the Caucasian community as well.

With examples ranging from Rancic’s disrespectful commentary in response to actress Zendaya’s faux locs on the red carpet to Colin Kaepernick’s afro, with the suggestion that he may be promoted if he were to cut his hair. This is also evident with the ban of natural hair in the military in 2014 to the ban of braided extensions in schools in parts of North America, due to its “distraction” (an excuse used by Caucasian women in implementing the law that black slave women wrap their hair). Black hair continues to be painted as unkempt, unprofessional, dirty and problematic.

With the more common 4c hair texture still being regarded as nappy, unmanageable and unpresentable, it is and will continue to be perceived as undesirable and sustain the culturally damaging myths of afro hair. Until afro hair in all of its forms is equally accepted within the black community, the myths will continue to fuel the discrimination against natural black hair within all aspects of our daily lives.

Here are some posts you may have missed: